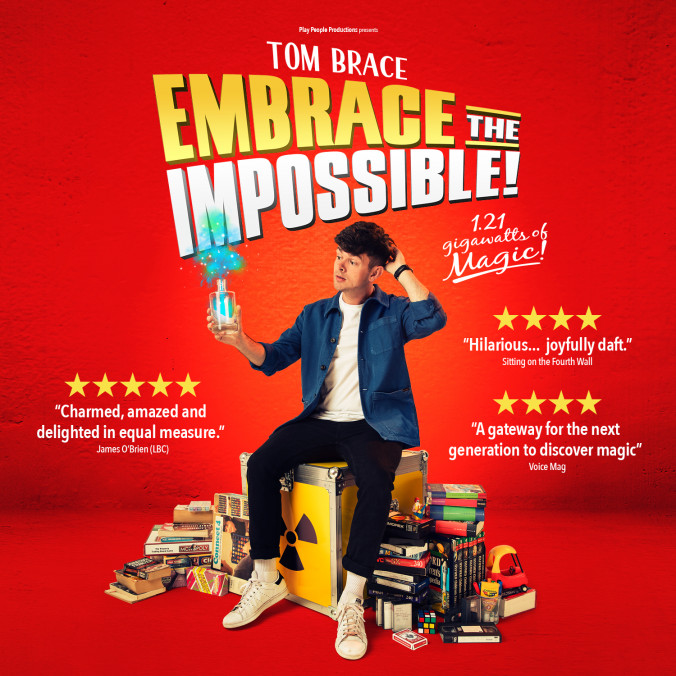 This show has unfortunately been cancelled. Ticket holders will be contacted as soon as possible for refunds.

Tom Brace loved his childhood. Roald Dahl, Cluedo and one film in particular from 1985…

Join him for a hilarious evening of 1.21 gigawatts of magic as he showcases his unique, incredible and totally pointless abilities in a new show inspired by his past!

Featuring Tom’s unique blend of comedy and magic, the show promises to have a little something for everybody.

Go for the magic, stay for Tom’s charm and comedy.

A fun-filled hour of amazing magic and hilarious comedy.

Hilarious… joyfully daft… if you want to catch a magic show this Fringe, then this should be it!